Our pastors and staff team. 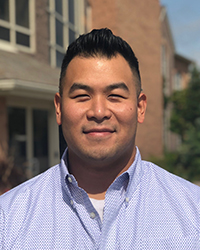 After graduating from Tyndale Seminary with a Master of Divinity in 2012, Ray joined the pastoral team here at EastRidge. He started as the youth and young adults pastor, overseeing the junior and senior high ministries, as well as the young adults group.

Ray is married to Wai-Lam, and together, they have two daughters. Ray believes that through the preaching of the love and grace of Jesus, people will be set free from condemnation, guilt, addictions, and illnesses and be able to live a victorious life in Christ. During his spare time, he enjoys playing competitive volleyball and BBQing for family and friends. 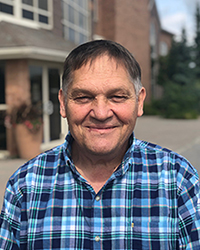 After serving for nine years as the Director of Relief and Development for EMCC, Lou rejoined the EastRidge staff in October 2017. Prior to this, Lou was lead pastor at EastRidge for sixteen years. He also served as pastor of an EMCC church in London, Ontario, and he and his family served as missionaries for two years in Tanzania.

Lou has been married to Naomi for more than forty years. They have six adult children, five of whom are adopted. Lou and Naomi have also been fostering special needs children for more than twenty-five years. Presently, they have two total needs children in their care. In addition, they are proud grandparents to three grandchildren.

Lou works part time from Monday to Wednesday. Lou’s greatest joy is seeing people come to faith in Jesus and helping them grow in their relationship with the Lord. He has a strong passion for missions and believes in reaching out to the poor and those in need. 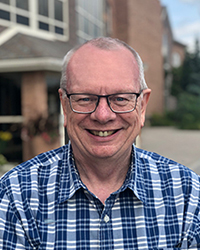 Tim served as a missionary with EMCC in Bolivia for nine years; two years as the pastor at the Union Church in Bogota, Colombia; and eight years as the pastor of the Gormley EMCC church. He has been married for over 30 years to Grace and has two grown sons. He hails originally from Minnesota.

Tim enjoys messing around with new technology, especially as it applies to the church. Most importantly, he loves to see people come to know Jesus as their Saviour and live out their Christian life in the real world. After twenty-one years of pastoring full-time at EastRidge, as of 2017, Tim works part-time Wednesday to Friday.

Rebecca is the newest member to join the EastRidge team! Having graduated from Tyndale Seminary with a Master of Theological Studies in 2013 and also having completed a Bachelor of Theology in 2011 from Vanguard College, she comes equipped to help grow the children’s and youth departments. Her past ministry experiences include being a summer day camps director, a main leader for various mid-week children programs, a youth worker, youth and children’s camp counsellor, and a Sunday school teacher. She firmly believes that children and youth are often the best means of reaching a community for Jesus and can teach adults a thing or two about following hard after Jesus. During her free time, she enjoys cooking, baking, going for walks, and attending the theatre.